Borussia Dortmund have reportedly made one last attempt to prevent Youssoufa Moukoko from falling into the arms of Chelsea.

According to Sky Sports Germany, Dortmund have presented the 18-year-old with a final contract proposal, as they scramble to keep his services.

Moukoko’s deal with the Bundesliga side expires in June.

All the signs right now point towards his exit at the end of the season, potentially heading in the direction of Chelsea. 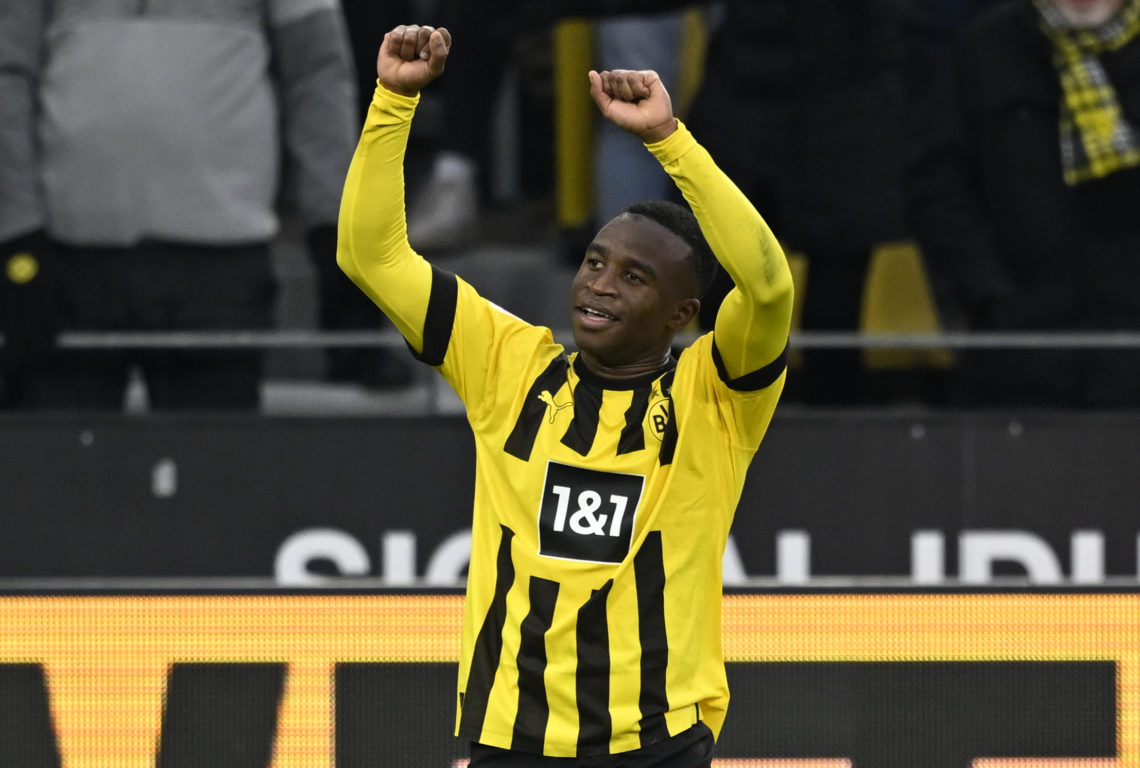 Chelsea look to alter their age

Boehly is clearly pushing towards a fresher feel to Cobham, with several of his signings on the younger end of the scale.

Wesley Fofana, Carney Chukwuemeka and Cesare Casadei all arrived at Stamford Bridge in the summer aged 21 or under.

Gabriel Slonina was also acquired by Chelsea, but loaned back to Chicago Fire for the rest of the MLS campaign.

This trend of landing the brightest and best has continued into the current term.

David Datro Fofana’s (20) arrival has been confirmed, whilst deals for Benoit Badiashile (21) and Andrey Santos (18) are said to be in motion.

Enzo Fernandez (21) is the hot topic of conversation in Chelsea circles, with Boehly pushing hard for the Benfica midfielder’s signature.

Moukoko would be one of the youngest of the lot, considering he doesn’t turn 19 until November.

Yet, the striker has already proved his potential by playing, and scoring, regularly for Dortmund.

He has taken super strides since becoming the youngster ever player in the German top flight.

Erling Haaland described him as ‘amazing’ that day, some praise from the Premier League’s top marksmen.

Perhaps Haaland and Moukoko will be reunited soon, but as league rivals rather than Dortmund teammates