Mateusz Klich appeared from the bench for his final Leeds appearance to help grab a draw from 2-1 down.

Wilfried Gnonto had smashed home an opener before Lucas Paqueta’s penalty put the visitors level just before half-time. A neat finish on the edge of Leeds’ box from Gianluca Scamacca put the Hammers into a 2-1 lead early in the second-half, before Rodrigo lashed home an equaliser on 70 minutes.

Leeds were perhaps lucky to keep ten men on the field after Crysencio Summerville‘s foul on Vladimir Coufal. The Dutchman escaped with only a booking and was substituted shortly after.

Sky Sports pundit Paul Robinson was stunned that the card wasn’t turned into a red one, via Premier Sports coverage, he said: “When you look at it again with VAR, the worse it gets. 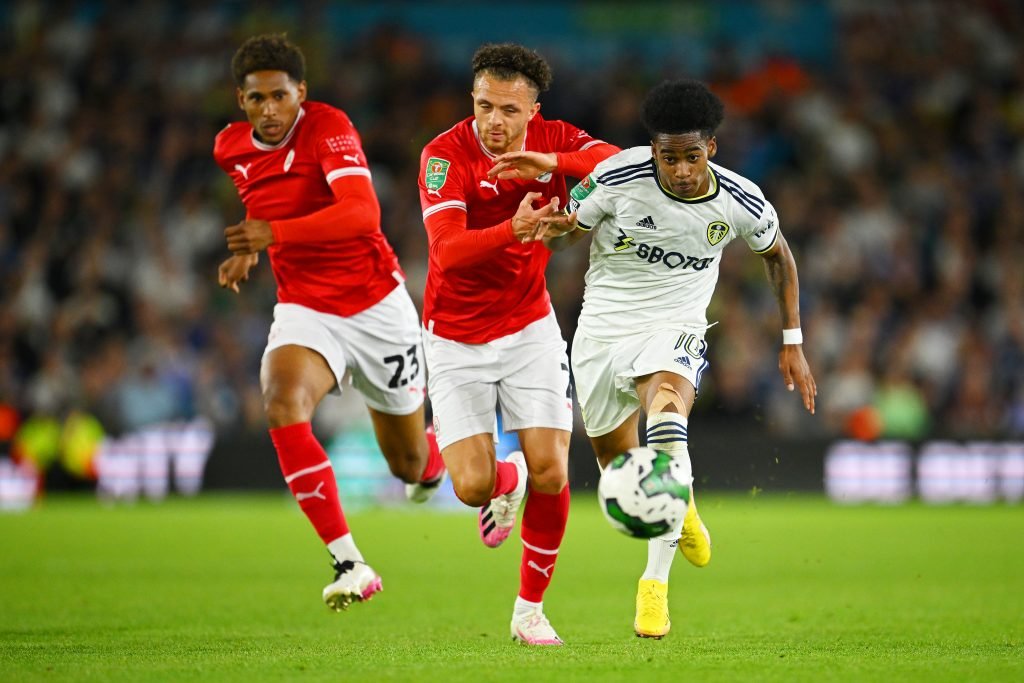 “When you see the injury to Coufal, you question how VAR missed that and how Summerville is still on the field. Jesse Marsch has quickly substituted him after the incident.”

Following the incident, David Moyes was spotted remonstrating with the officials, Simon Stone of the BBC was present at the match, he reported: “David Moyes and Jesse Marsch both furiously making points to the fourth official after a foul is given close to the technical area. Moyes indicates the referee is listening to what Marsch is saying. The pressure is on down there.”

It was probably one of the only pieces of luck Leeds received from the officials all evening. They had been poor for the home side throughout the game.

It was a bad foul and Moyes was right to feel frustrated, as is Robinson in feeling shocked that it was not overturned.

Summerville being substituted was probably a protective measure, and the correct one at that.