Tottenham chairman Daniel Levy has reportedly held talks with PSG chief Nasser Al-Khelaifi over the prospect of a partnership with Qatar Sports Investments, who allegedly want to find another club to work with alongside the Ligue 1 champions. CBS Sports are reporting that QSI are keen to strike a bond with an English club and are willing to give them huge financial backing moving forward should a deal be struck.

With that in mind, Express Sport hypothetically assesses four Paris Saint-Germain players that could be of interest to Spurs further down the line – despite the unlikelihood of any deals at this present moment.

How Antonio Conte would love to have Hakimi in his squad. The Moroccan shone under his tutelage during their time together at Inter Milan and the wing-back is now flying at PSG.

Hakimi was a standout performer at the World Cup with the Atlas lions as they defied the odds to reach the semi-finals.

His mobility and attacking quality would improve virtually every side on the planet and Tottenham still have their fair share of problems in the position.

Conte appears to have finally given up on Emerson Royal as Djed Spence patiently awaits his chance to shine but Hakimi would really represent an upgrade on both.

The problem for Spurs is that PSG would never want to sell and even if they did, he would cost mega money. 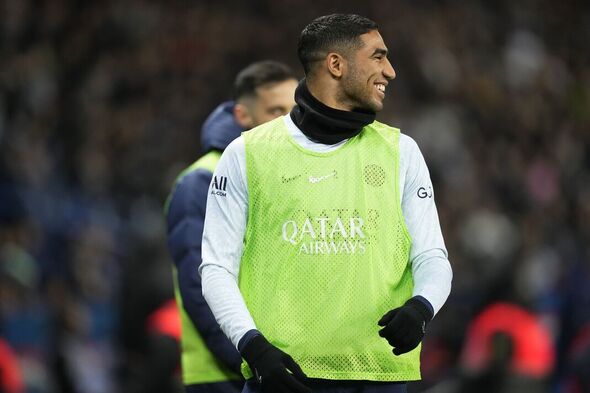 A far more realistic shout, Ruiz would really bring something Tottenham need to the table.

He is a creative, attack-minded midfielder who is capable of unlocking the door with his vision and passing.

Spurs still lack a playmaker and have previously shown interest in Ruiz in the past during his time at Napoli.

Ruiz isn’t a natural fit at the club and should PSG decide to sell further down the line, Spurs should be looking at a deal.

He is now 26 and approaching his prime and it feels as though his talent is currently wasted at the Parc des Princes.

Gianluigi Donnarumma would be the perfect long-term replacement for Hugo Lloris if he was available. He is one of the best young goalkeepers in world football.

At only 23, he could be a solution for Spurs for a decade or even beyond if they were somehow able to strike a deal.

Keylor Navas would not be a bad alternative if not. He might be older than Lloris but he is still an assured goalkeeper that would certainly keep the Frenchman on his toes.

Lloris’ levels have undeniably deteriorated with age and he is often guilty of conceding cheap goals as seen in the 2-0 defeat to Aston Villa.

Costa Rican Navas might be getting on but he could certainly help keep Lloris motivated to deliver top performances on a weekly basis without costing a great deal.

Mukiele might not be a world-beater but he is a player that has long-standing admirers inside Tottenham.